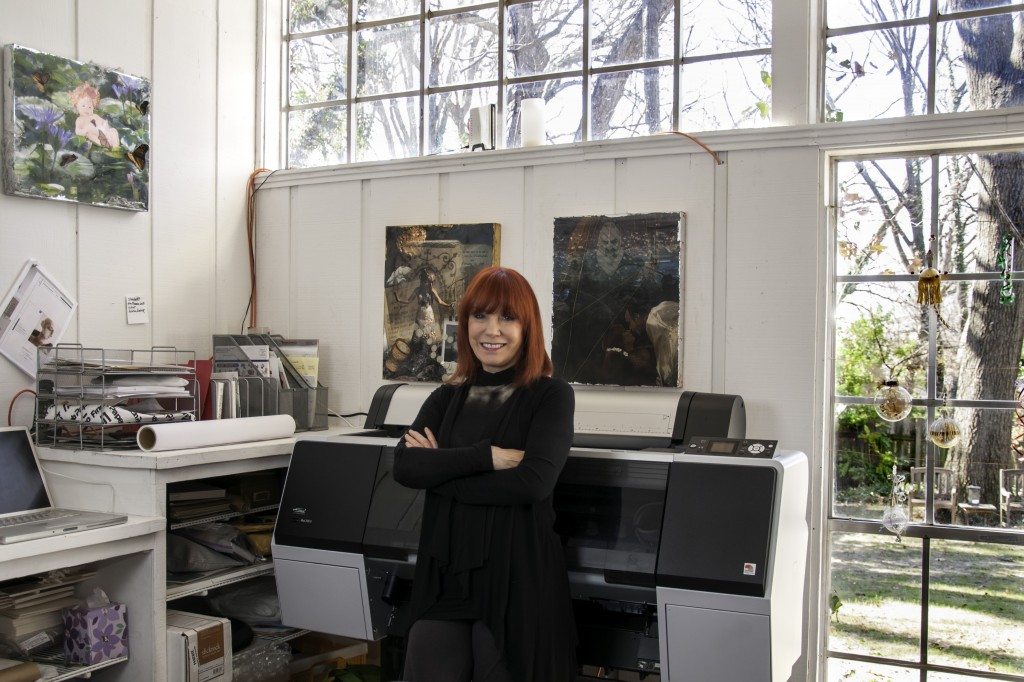 Sharon O’Callaghan Shero is a photography and mixed media artist.   Perhaps it is in spite of growing up in the blue-collar south side neighborhoods of Chicago, that the artist is drawn to subjects that are pastoral and fantastical. Although seemingly gentle topics, the city’s crusty influence simmers beneath the first-glance, skewing approach and final outcome.

Shero’s work has been exhibited in many solo and group shows throughout Texas, including The MAC (McKinney Avenue Contemporary Gallery), Mary Tomas Studio Gallery, The Cedars Gallery, the Visual Arts Coalition, the Bath House Cultural Center, Fort Worth Community Arts Center, Texas Tech University, and Odessa College in Odessa, Texas. Beyond the Lone Star state her work has been featured in various shows at the New Orleans Photo Alliance Gallery, Louisiana, The Acadiana Center for the Arts, Lafayette, Louisiana, and galleries in Sommerville, MA, Astoria, WA, and Middlebury, VT. Many of her works are in private collections located throughout the United States and in Europe.

Narratives have always been my compass whenever I create a portfolio.

I begin with a “germ” of a concept and since I prefer not to storybook the work, the series often evolves into an unexpected conclusion, with plot and image twists, turns, and the occasional “aha!” moment along the way.

As an artist, it seems I am influenced by every artist I come upon; I am, however, particularly indebted to Francis Bacon, Joseph Cornell, and Elliott Hundley. And since my work is suffused in narratives, I must recognize the Brothers Grimm, Lewis Carroll, the folk customs of rural Louisiana, and my mother, Louise O’Callaghan, who early-on captivated my imagination with her Irish tales.